FutureMe for Teachers, with Marcus Luther

We discuss what it's like to be a teacher in 2022, and how writing supports important learnings at the beginning of every school year.

Marcus Luther is a HS English teacher of 10 years, podcast co-host, father of two, and has been using FutureMe since 2015.

We chatted to Marcus after he tweeted his formula for writing to his future self, to reinforce learnings for the coming school year.

Tell us a bit about yourself Marcus, have you always been a teacher?

I just finished my 10th year teaching high school English! I began my career teaching in Arkansas for the first eight years, and then moved back to Oregon to be closer to family once we had our first child.

As far as my story entering the classroom, it is rather unique, I think! My 5th grade teacher, Mrs. Walker, ended each school year by affirming a strength in each student—and she made the prediction that I would do something with writing and potentially go into teaching English (if only FutureMe was around back then!), and from that point forward that was the plan!

Yes, I know this is weird to be that locked in that early, but it was a conviction that only hardened with time—and that has been my career ever since graduating from college. I definitely see it as a “career,” too, as I try to continually seek out new understandings and ideas while also building my own capacity to be a better teacher at serving students going forward. 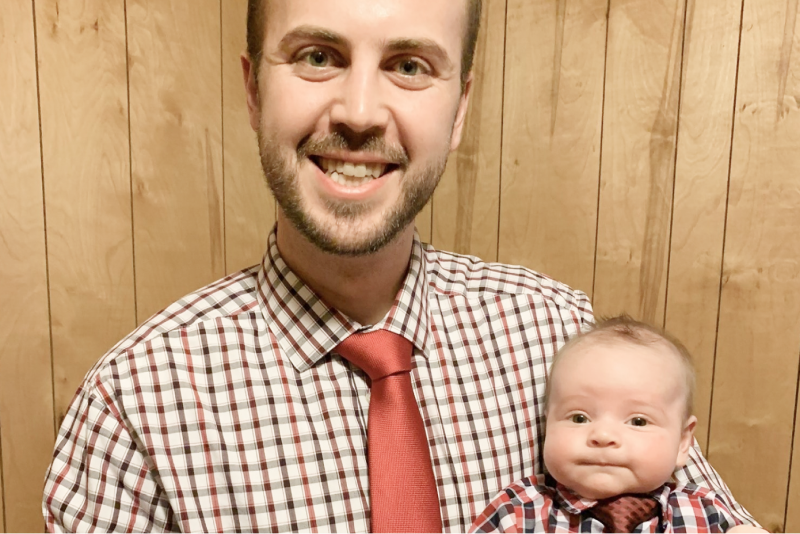 What is your favorite thing about being a teacher, and what would you say is the most challenging aspect?

This is a bit of a weird answer, but my favorite thing about being a teacher is that I get to be a teacher—not just that I wanted to go down this path for so long, but also that I get to do work that I find purposeful while also being able to support my family and have some semblance of long term stability as far as a career (which I don’t think many take for granted these days).

And yes, this is beyond cliche as an answer, but I also have to add that the students are simply incredible. Year after year, I walk away inspired and renewed by what students offer, the communities they create within the classroom, and the words—oh, the words they write are beyond anything I myself can explicate!

The most challenging part, though? It seems as if teachers are being asked to do more and more without being afforded the resources—especially time—needed to accomplish all those things. The “asks” are well-intended, almost always, as students and families need and deserve to be supported in the way they need! But the education system is quite recalcitrant, and therefore we haven’t made the structural changes to support teachers in supporting students and families in these ways, in my opinion.

Your podcast The Broken Copier is all about celebrating teacher journeys and discussing various ideas and issues related to the teaching industry. What prompted you to start this project?

Appreciate this question! A couple friends and I with similar career origins (beginning teaching in the rural South) and very different paths from there connected last summer, as we felt like so many of the discussions around education were leaving out the actual voices of teachers—and beyond that, we genuinely love these conversations! So the podcast provides us a platform to have these conversations in a way that centers the teaching perspective, while also framing them with the purpose of making the teaching profession stronger overall, and it has been a really cool project to get off the ground this year. We’re still learning about what this “podcasting” space requires, too, but we’re also proud of dialogues that have taken place so far, especially in a moment that is quite precarious, frankly, for the education system.

One of our favorite conversations so far was the privilege of talking to Chris Jones, the Democratic candidate for governor of Arkansas in the upcoming election. Hearing about his own education journey (including his own experience as a teacher!) and how it shaped his own vision for the state of Arkansas was inspiring, quite frankly, as was his willingness to center education itself through a teacher-lens with his platform and messaging (feel free to give that episode a listen here!). How and when did you first discover FutureMe?

I don’t delete emails, typically, so I just went back and did a full re-read of all my FutureMe emails—what a time that was! Quite a mixture, too, of life updates and goal-setting, reflections on the classroom as well as outside of it. Pretty clear looking through this that FutureMe has been a big part of my life for some time now!

My wife was actually the first person who directed me to FutureMe back when we started dating, and my first FutureMe email was a “here’s what is going on in my life snapshot” from November 2015—which I forwarded three months into my future at the time, beginning the habit that I have leaned on ever since then. And pretty soon after that I began using it in the classroom, too, as a great way to encourage students to build a meaningful reflective practice into their daily habits—something I still do to this day. 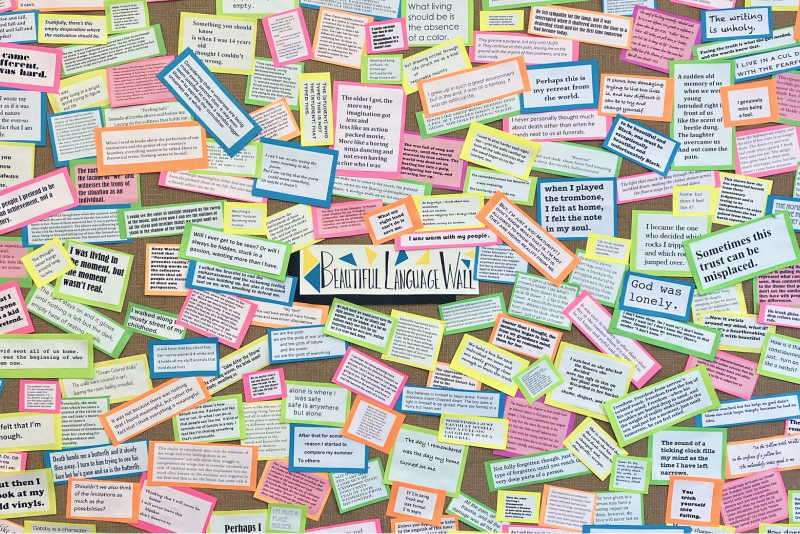 Start your own reflective practice with FutureMe

You shared a great pragmatic method that you use for sending yourself FutureMe emails to be received the week before school returns. Can you tell us a bit about how reflecting on these emails supports you while planning for the coming school year?

One of my frustrations about the way the school year is typically designed is how it sort of “drops off” once students leave and everyone collapses into summer—especially after a school year like the one we all just had!

This is understandable, of course, but it also prevents the type of reflection needed to fully capture the learnings of the school year and the deeper reflections around changes that need to be made going forward.

That’s where FutureMe emails have stepped in for me personally: a series of emails that focus on what went well, what didn’t go well, people who made an impact on my own year as a teacher, and the “story of the school year” overall. I intentionally send these to myself a couple weeks right before next school year when I’m knee-deep in the planning stage, which is a way of centering my authentic reflections in my work going forward.

So much is lost when reflections remain stationary, and FutureMe has consistently provided me a vehicle between the past and present as well as the future—something I’m immensely grateful for!

Have you experienced anything unexpected when reading through emails from your past self?

One personal habit I’ve tried to stick to is using FutureMe any time I experience a major life event, positive or negative, so reading back through these emails was a reminder of many resonant experiences in my life over the past seven years.

There are emails trying to capture what it was like finding out that I was going to become a father, and there are emails detailing the experience of stepping into a classroom and helping students process the loss of one of their classmates. There are messages of hope as well as concern, and juxtaposed together the “FutureMe Inbox” in my email is a reminder that life’s peaks are very much heightened by the valleys alongside them, as both are part of my own story. And acknowledging the necessity and inevitably of both, I think, is a pivotal part of life itself.

You can listen to Marcus and his friends talk all things teaching via their podcast The Broken Copier here. You can also follow Marcus on Twitter at @MarcusLuther6.

Write the way ahead