A chat with the FutureMe Head of Film and Video about one of our favorite film pieces.

In 2021 we produced one of our favorite FutureMe film pieces to date. So we thought we'd chat to our Head of Film and Video, Phil Beastall, about his experience making this brilliant piece of storytelling.

Tell us a little about your role at FutureMe...

My role at FutureMe is Head of Film and Video. I was approached in 2020, as creator Matt Sly and MGL were looking for a creative filmmaker to join the team to produce exciting new content. I quickly realised this was an opportunity not to be missed and have been working here for 15 months.

What initially inspired this piece of storytelling?

Heading into the new year, we wanted to make a film that grabbed people’s attention. We initially spoke about making a motivational piece that would be highly emotional, but we also discussed how FutureMe is fun, quirky and not afraid to be a bit silly. So, I decided to write a concept that showed both sides. What I think we’re left with is a piece of content that encapsulates all that we are here at FutureMe and everything we stand for. 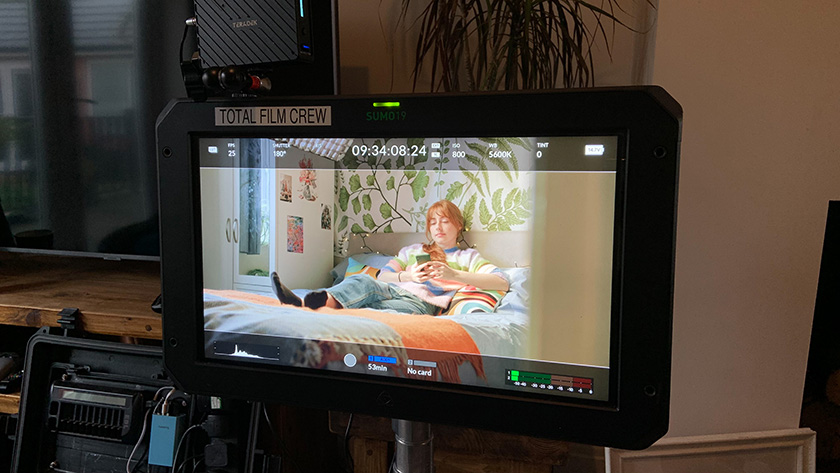 What were the main aspects of the FutureMe experience that you needed to capture in this piece?

I wanted to highlight how intimidating it can be for our younger members as they embark on their journey into adulthood. There are so many choices and possibilities with no clear idea of which path is best for them. However, that’s the magic of life. FutureMe is a great tool to use to make a note of those thoughts and feelings when they happen. And then, just like when you receive a message from the past on FutureMe, the unknowns that crop up in life can be unexpected but exciting. Ultimately, you can’t predict the future, all you can really do is prepare yourself for what may crop up. But FutureMe allows you to look back and be proud of the progress you have made.

Send a letter to your future self today 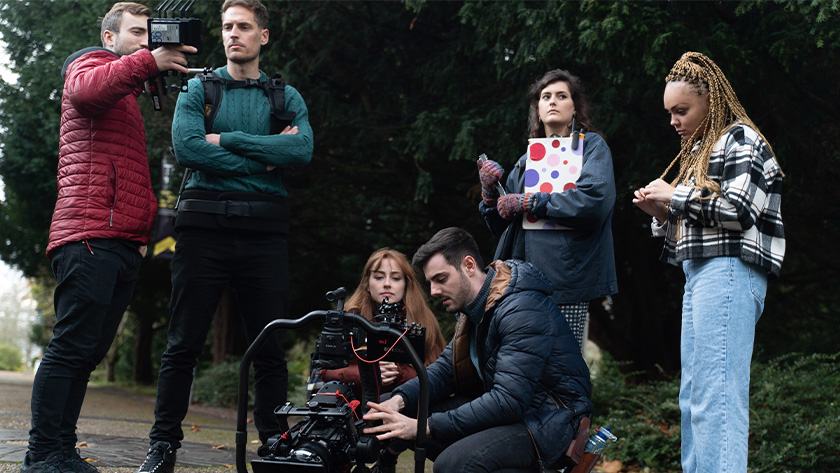 How was the process of casting the central role? What was lead actor Kelsey Cooke like to work with?

It was crucial that we found someone who was talented, easy to work with and not afraid to make a fool of themselves. We cast our net quite wide and shortlisted a few actresses who stood out, asking them to self-tape, which included a scene where they had to essentially carry out a mating dance. I felt it was a great test of nerve and physical comedic ability. Kelsey stood out straight away and shot right up to number one on the list of potentials. We arranged for a further video call and after just a few minutes I knew she was right for the part. Here in the UK, we have a very close family of filmmakers who I have worked with for years. We always have an incredible time working together and I thought Kelsey would fit right in. And I was right! We had the best 4 days filming together and Kelsey’s performance went way above my expectations.

What was your favourite scene to film?

The scene where Kelsey has hit rock bottom. After having the door shut in her face she gets hit by a football, a bird poos on her shoulder and after narrowly avoiding getting soaked, she’s attacked by a cat. When I wrote this scene, I knew it had to be in one take. I was quite nervous about it, but we allowed half a day in the schedule to get it right. However, when we arrived on set, the sun was shining and it was in the wrong position for our shot. I didn’t want the day to be super sunny as it didn’t reflect the mood of the scene. So, we moved things around and waited for the day to cloud over. Next up, was actually filming the shot…

Take 6 or 7 — finally we had a usable shot! But when we watched it back, I noticed someone walking in the background — super distracting — and so we had to shoot it again. Another 3 or 4 takes later we nailed it! The whole team gathered around the monitor, with childish grins on our faces, as we watched the scene unfold. It was such an awesome moment as we had all been anticipating capturing the shot since the first day we introduced the project to our crew.

If there was one element of this film that you’re particularly proud of, what is it?

It was the first time in a while that I went back to self-shooting. Rather than just directing, I was behind the camera as Cinematographer. With the help of my amazing crew, we were able to create visuals that I’m really proud of. It was a hectic 4 days of filming across multiple locations, but we pulled it out the bag.

Be sure to check out the final piece in all its glory here.

You can also check out more of Phil Beastall's wonderful work here.

Write your first letter to the future